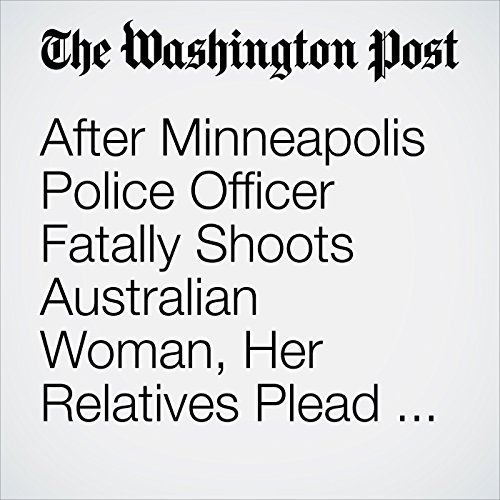 Justine Damond called police late Saturday night to report what she thought was a sexual assault occurring near the home she shared with her fiancé. But shortly after two officers arrived in her upscale Minneapolis neighborhood to investigate, the call turned deadly when one of the officers shot Damond.

"After Minneapolis Police Officer Fatally Shoots Australian Woman, Her Relatives Plead for Answers" is from the July 17, 2017 Morning Mix section of The Washington Post. It was written by Kristine Phillips, Mark Berman and Katie Mettler and narrated by Sam Scholl.