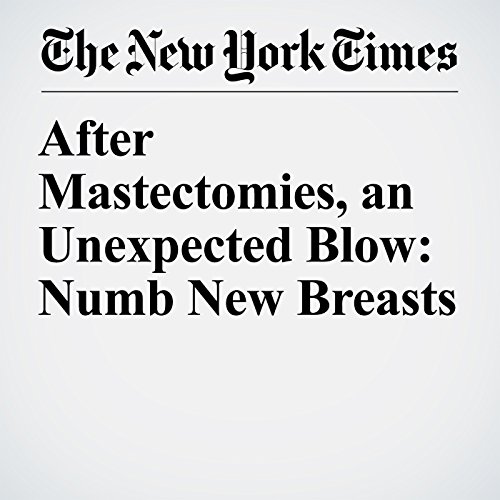 Doctors often promise patients that their reconstructed breasts will look even better than the breasts they had before. But they often describe the potential consequences of the surgery in ambiguous terms. Women say the fact that sensation and sexual arousal will not be restored is not made clear.

"After Mastectomies, an Unexpected Blow: Numb New Breasts" is from the January 29, 2017 U.S. section of The New York Times. It was written by Roni Caryn Rabin and narrated by Keith Sellon-Wright.