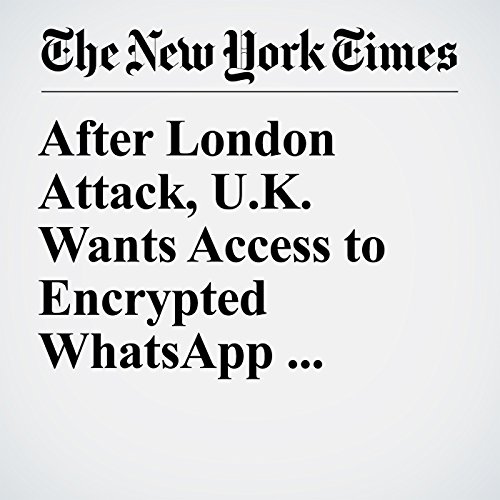 British government officials will meet with representatives of U.S. technology companies this week to demand that they do more to help in the fight against terrorism and online hate speech, the latest move in a widening global push against encryption technology that blocks access to the private messages of criminal and innocent users alike.

"After London Attack, U.K. Wants Access to Encrypted WhatsApp Messages" is from the March 27, 2017 Tech section of The New York Times. It was written by Mark Scott and narrated by Fleet Cooper.