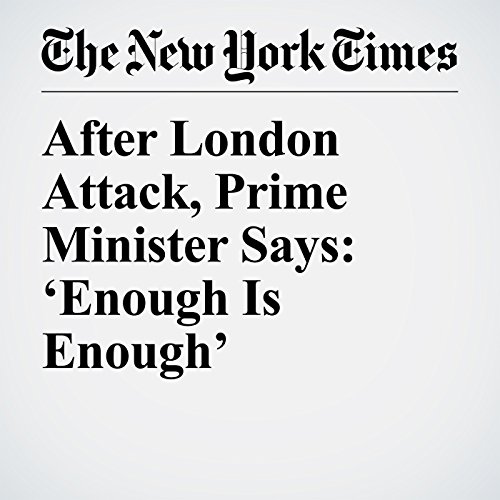 "After London Attack, Prime Minister Says: ‘Enough Is Enough’" is from the June 04, 2017 World section of The New York Times. It was written by Steven Erlanger and narrated by Keith Sellon-Wright.