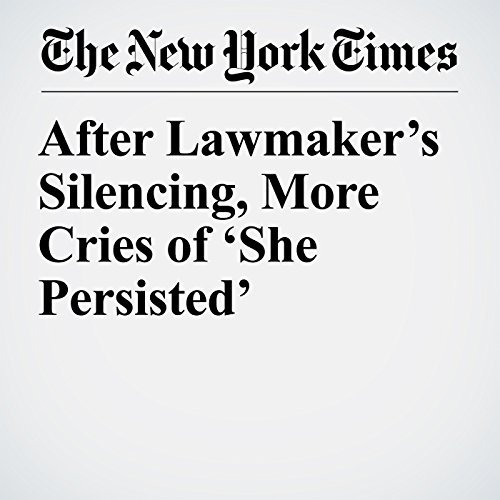 California Democrats’ power in the state Capitol is ironclad. And it was wielded in startling fashion last week when a Republican state senator defied a demand to stop speaking and was physically removed from the Senate floor by law enforcement.

"After Lawmaker’s Silencing, More Cries of ‘She Persisted’" is from the February 28, 2017 U.S. section of The New York Times. It was written by Mike Mcphate and narrated by Fleet Cooper.