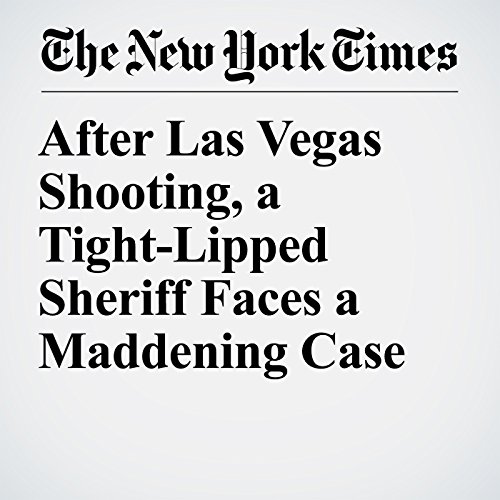 In nearly 30 years with the Las Vegas police, Joseph Lombardo has helped defuse an armed standoff between federal agents and local ranchers, struggled to contain a spike in homicides and defended his officers against accusations of using excessive force against a professional football player.

"After Las Vegas Shooting, a Tight-Lipped Sheriff Faces a Maddening Case" is from the October 08, 2017 U.S. section of The New York Times. It was written by Mitch Smith, Jennifer Medina, and Timothy Williams and narrated by Keith Sellon-Wright.