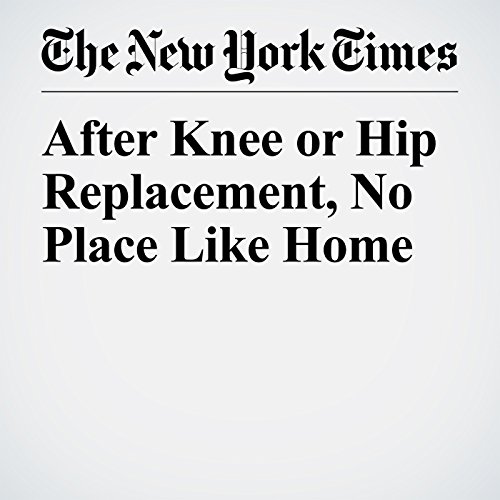 Growing numbers of Americans are outliving their joints. More than 1 million operations are done annually to replace worn-out knees and hips, and that number is expected to skyrocket in the coming decades as the population ages.

"After Knee or Hip Replacement, No Place Like Home" is from the April 24, 2017 Science section of The New York Times. It was written by Jane E. Brody and narrated by Keith Sellon-Wright.