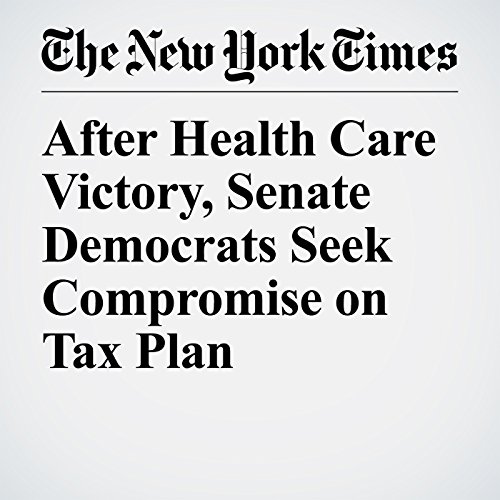 Emboldened by the failure of Republicans to pass health care legislation on their own, Senate Democrats are seizing the opportunity to influence the coming overhaul to the tax code.

"After Health Care Victory, Senate Democrats Seek Compromise on Tax Plan" is from the August 01, 2017 U.S. section of The New York Times. It was written by Alan Rappeport and narrated by Barbara Benjamin-Creel.