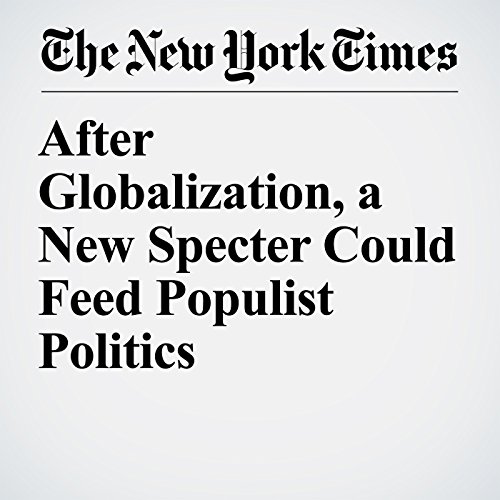 As the world’s oligarchy gathered last week in Davos, Switzerland, to worry about the troubles of the middle class, the real question on every plutocrat’s mind was whether the populist upheaval that delivered the presidency to the intemperate mogul might mercifully be over.

"After Globalization, a New Specter Could Feed Populist Politics" is from the January 30, 2018 Business section of The New York Times. It was written by Eduardo Porter and narrated by Kristi Burns.