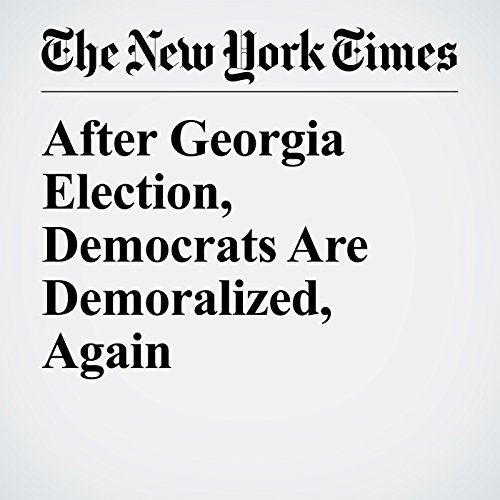 Make no mistake: Democrats were swimming against the current in Georgia. The House seat that their sights were on had been safely in Republican hands for nearly four decades. Georgia’s 6th District is purple only if you scrunch your eyes just so. If you in-scrunch them and look at it honestly, it’s red.

"After Georgia Election, Democrats Are Demoralized, Again" is from the June 20, 2017 Opinion section of The New York Times. It was written by Frank Bruni and narrated by Kristi Burns.