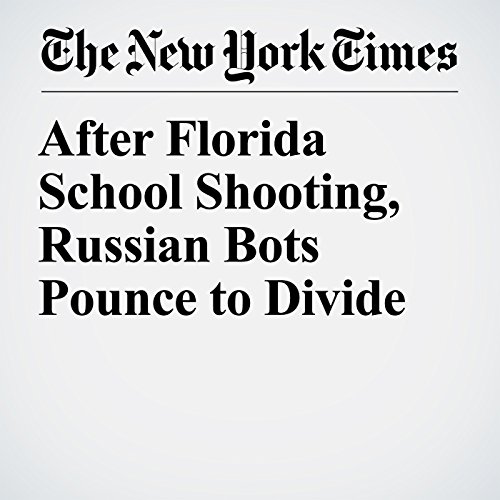 One hour after news broke about the school shooting in Florida last week, Twitter accounts suspected of having links to Russia released hundreds of posts taking up the gun control debate.

"After Florida School Shooting, Russian Bots Pounce to Divide" is from the February 19, 2018 Business section of The New York Times. It was written by Sheera Frenkel, Daisuke Wakabayashi and narrated by Kristi Burns.