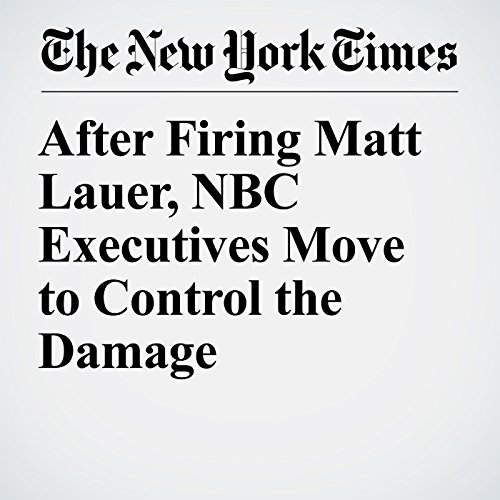 The top two executives at NBC News tried to quell any in-house suspicions Friday concerning their handling of Matt Lauer, the longtime “Today” show star who was fired Tuesday.

"After Firing Matt Lauer, NBC Executives Move to Control the Damage" is from the December 01, 2017 Business section of The New York Times. It was written by John Koblin and narrated by Keith Sellon-Wright.