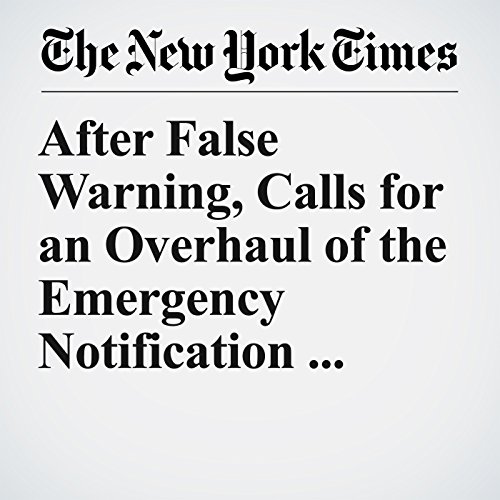 A false alert sent to cellphones across Hawaii on Saturday warning of an incoming ballistic missile is calling attention to an emergency notification system that government officials at all levels say needs major improvements.

"After False Warning, Calls for an Overhaul of the Emergency Notification System" is from the January 13, 2018 U.S. section of The New York Times. It was written by Cecilia Kang and narrated by Kristi Burns.