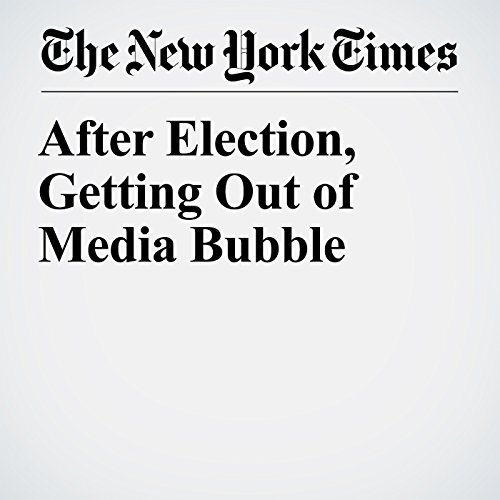 The filter bubble describes the tendency of social networks like Facebook and Twitter to lock users into personalized feedback loops, each with its own news sources, cultural touchstones and political inclinations.

"After Election, Getting Out of Media Bubble" is from the March 04, 2017 Entertainment section of The New York Times. It was written by Amanda Hess and narrated by Barbara Benjamin-Creel.

Cosa pensano gli ascoltatori di After Election, Getting Out of Media Bubble