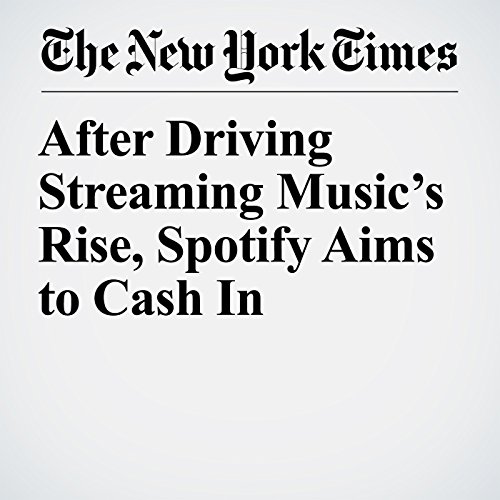 Back in Spotify’s early days, when the company was just a dozen people in a small office in Stockholm, Daniel Ek, a co-founder, liked to compare it to Apple and Google.

"After Driving Streaming Music’s Rise, Spotify Aims to Cash In" is from the March 31, 2018 Business section of The New York Times. It was written by Ben Sisario and narrated by Keith Sellon-Wright.