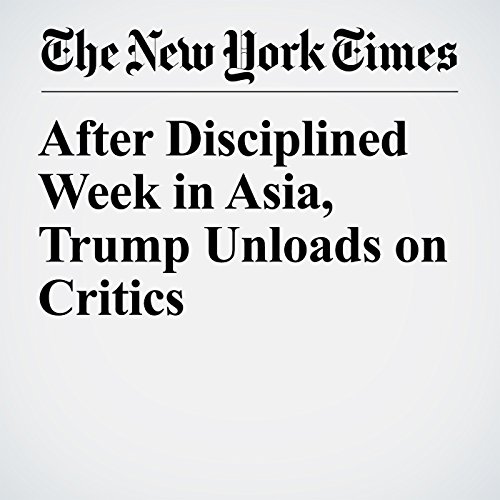 After Disciplined Week in Asia, Trump Unloads on Critics

In a stream of tweets on Sunday, the president said those who wanted to investigate his ties to Russia were “haters and fools,” ridiculed “crooked” Hillary Clinton’s ill-fated effort to reset relations with Russia and fired back at North Korea’s leader, Kim Jong In, for calling him old, saying that he could call Kim “short and fat” — but had restrained himself.

"After Disciplined Week in Asia, Trump Unloads on Critics" is from the November 12, 2017 World section of The New York Times. It was written by Mark Landler and narrated by Kristi Burns.