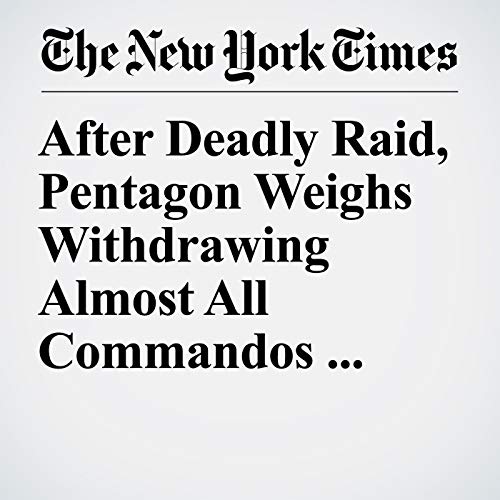 The Pentagon is considering withdrawing nearly all U.S. commandos from Niger in the wake of a deadly October ambush against a Green Beret team that killed four U.S. soldiers.

"After Deadly Raid, Pentagon Weighs Withdrawing Almost All Commandos From Niger" is from the September 02, 2018 U.S. section of The New York Times. It was written by Thomas Gibbons Neff and Eric Schmitt and narrated by Keith Sellon-Wright.