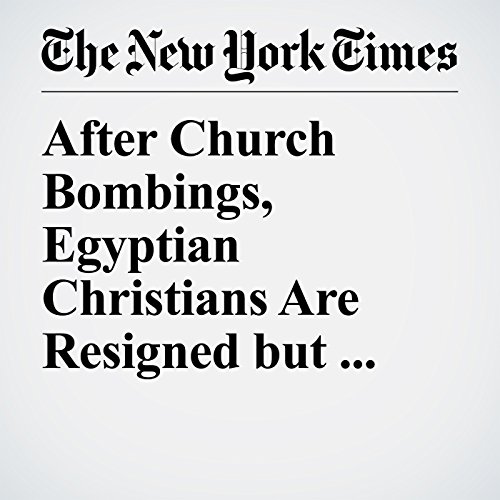 The coordinated suicide attacks on St. Mark’s, Egypt’s historic seat of Christianity, and at another church, in the city of Tanta, took 45 lives and dealt a heavy blow to the country’s embattled Coptic Orthodox minority. The Islamic State group claimed responsibility for both attacks.

"After Church Bombings, Egyptian Christians Are Resigned but Resolute" is from the April 15, 2017 World section of The New York Times. It was written by Declan Walsh and narrated by .