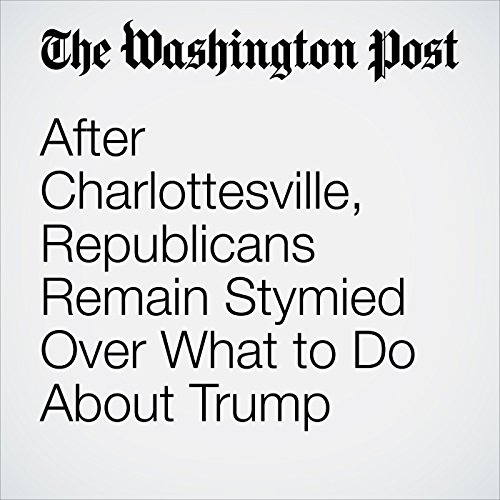 In the aftermath of the white-supremacist rally in Charlottesville, Republican lawmakers and leaders face the most unpalatable set of choices yet in their relationship with President Trump. They are caught between disgust over his failure to unequivocally condemn neo-Nazism, a desire to advance a conservative agenda and fears of rupturing the Trump-GOP coalition ahead of the 2018 elections.

"After Charlottesville, Republicans Remain Stymied Over What to Do About Trump" is from the August 19, 2017 Politics section of The Washington Post. It was written by Dan Balz and narrated by Sam Scholl.

Cosa pensano gli ascoltatori di After Charlottesville, Republicans Remain Stymied Over What to Do About Trump