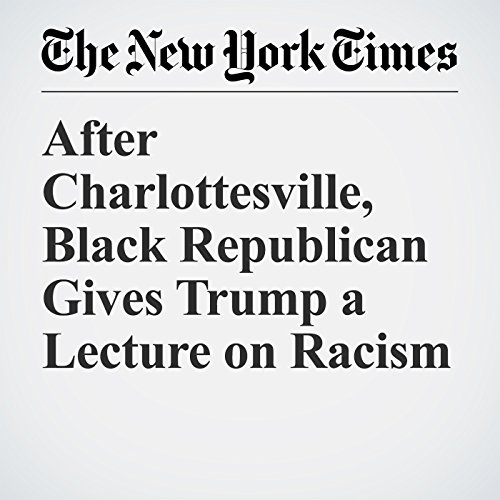 Tim Scott, the lone black Republican in the Senate, delivered a pointed history lesson on America’s “300-year” legacy of racism to President Donald Trump on Wednesday in response to what he called Trump’s “sterile” response to the riots in Charlottesville, Virginia, last month.

"After Charlottesville, Black Republican Gives Trump a Lecture on Racism" is from the September 13, 2017 U.S. section of The New York Times. It was written by Yamiche Alcindor and Glenn Thrush and narrated by Keith Sellon-Wright.