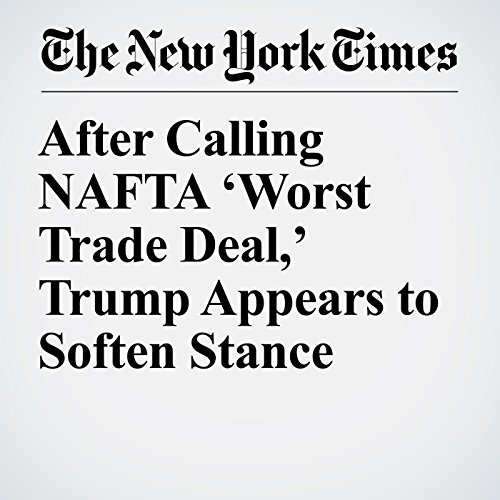 President Donald Trump, who has called the North American Free Trade Agreement “the worst trade deal” ever signed by the United States, appears to have backed off his threat to abandon the deal and is instead proposing keeping major planks in place when he begins renegotiating it later this year.

"After Calling NAFTA ‘Worst Trade Deal,’ Trump Appears to Soften Stance" is from the March 31, 2017 Business section of The New York Times. It was written by Julie Hirschfeld Davis and Alan Rappeport and narrated by Caroline Miller.