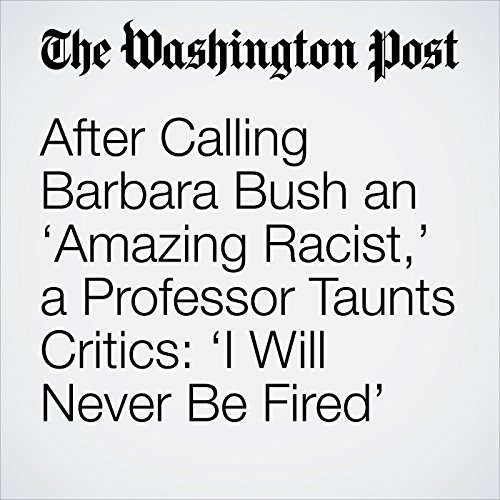 In the hours after Barbara Bush died Tuesday, even those who didn’t share the former first lady’s political views expressed their condolences and recounted warm memories of the Bush family matriarch.

"After Calling Barbara Bush an ‘Amazing Racist,’ a Professor Taunts Critics: ‘I Will Never Be Fired’" is from the April 19, 2018 National section of The Washington Post. It was written by Cleve R. Wootson Jr., Herman Wong and narrated by Sam Scholl.