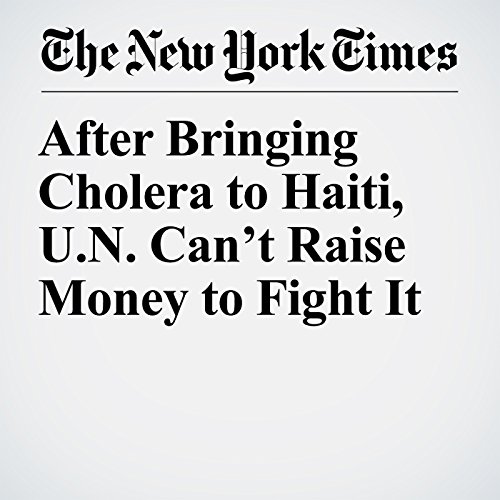 When the leader of the United Nations apologized to Haitians for the cholera epidemic that has ravaged their country for more than six years — caused by infected peacekeepers sent to protect them — he proclaimed a “moral responsibility” to make things right.

"After Bringing Cholera to Haiti, U.N. Can’t Raise Money to Fight It" is from the March 19, 2017 World section of The New York Times. It was written by Rick Gladstone and narrated by Keith Sellon-Wright.