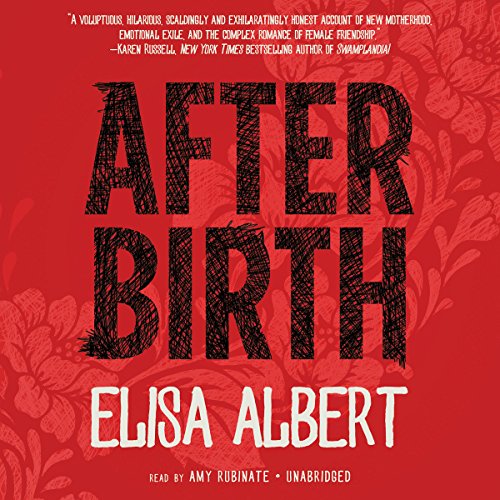 A widely acclaimed young writer's fierce new novel in which childbirth and new motherhood are as high stakes a proving ground as any combat zone.

A year has passed since Ari gave birth to Walker, though it went so badly awry she has trouble calling it "birth" to begin with, and she still can't locate herself in her own altered universe. Amid the strange, disjointed rhythms of her days and nights and another impending winter in upstate New York, Ari is a tree without roots, struggling to keep her branches aloft.

When Mina, a one-time cult musician--older, self-contained, alone, and nine months pregnant--moves to town, Ari sees the possibility of a new friend despite her unfortunate habit of generally mistrusting women. Soon they become comrades-in-arms, and the previously hostile terrain seems almost navigable.

With piercing insight, purifying anger, and outrageous humor, Elisa Albert issues a wake-up call to a culture that turns its new mothers into exiles and expects them to act like natives. Like Lionel Shriver's We Need to Talk about Kevin and Anne Enright's The Gathering, this is a daring and resonant novel from one of our most visceral writers.

This story just wasn't one of the best I've encountered. It had so many great reviews that I thought I would give it a chance, but unfortunately the narrator made it so difficult for me to stay focused on the story. Her voice had a strange breathiness, tone and reading speed to it, which really ruined it for me. Narration aside, all I got from this book is that motherhood is a real bitch and you might love your child fiercely but basically hate life from the time you give birth forward. Perhaps a very truthful look at parenthood but the agony went on and on....I was quickly over it.

A Scorching Masterpiece and Brilliant Performance

This book is astonishingly brilliant on every page. Or, make that every paragraph. It ain't a feel good book and it's not pretty. Except that literary brilliance (even when it's scathing, angry, and unrelenting) has its own magnificent beauty. This belongs in the pantheon of true tours de force. Brutal honesty can be tough to take. It's way worth the discomfort.

Lots of criticism of Amy Rubinate's narration on here. Don't believe a word of it. She gives a totally compelling performance, truly inhabits the narrator. The book is, essentially, an extended monologue. She does the author's genius justice.

The story is wonderful but at times it was difficult to get past the performers sarcastic tone. The emotion in the book doesn't really lend itself to that tone.

Albert's writing has a unique and talented urgency. However I find her endless vitriol and privilege to be repetitive and exhausting. Her rage limits her talent, although she appears to believe the reverse is true.

Would you try another book from Elisa Albert and/or Amy Rubinate?

This book is relentlessly angry and bitter. It was hard to have any empathy for the main character because her raging against the world and self-pity was so off-putting.. I finished it because it had gotten good reviews and I thought there would be some interesting evolution of the character, but alas, that only happened in the last paragraph. I wouldn't read another book by Elisa Albert. The reader was fine.

The Feast of Love

some enhanced understanding of how overwhelmed some new mothers feel

Narrator takes away from the story- buy the book!

This narrator read with a very sarcastic tone, and I don't think the character would have read that way otherwise. It really was distracting and made me hate listening to the book at times. But I felt invested and wanted to finish it. My husband caught some of it during a long car ride and asked me why I always listen to podcasts about how stupid men are. I think he got that purely from the tone of this narrators voice- I didn't get that from the WORDS of the story. Her switch to a deeper or affected voice for other characters, especially male characters was JUST HORRIBLE.

I think this was an ok story. I felt so disappointed to be listening to it with this voice reading. I had really been looking forward to reading or listening to it, since I am a new mom. I feel like I wasted my time, and should have listened to something else, or just read the book.

I have never written a review, but couldn't listen to more than 3 minutes of this book. I thought the narrator was putting on a fake voice - it's so whiney and sarcastic and grating. I cannot imagine how she was cast.

i have never felt compelled to write an audiobook review before, but the narration ruins it. if i were the author of this book, i might never recover from hearing this recorded version.

What was one of the most memorable moments of After Birth?

the horrible narration - it's so bad, i'll never get it out of my head.

the narrator has no understanding of the character whatsoever. unsurprising since her resume consists of a lot of nora roberts novels.

Could you see After Birth being made into a movie or a TV series? Who should the stars be?

i don't know. if it had been written 10 years ago, i'd say parker posey and lili taylor. evan rachel wood or taryn manning perhaps.

buy a hard copy or the kindle version.

I recommend to everyone of my "smart reading" friends. One of the best I've read in a long time. O loved the audible version but it will be a good book in any format.