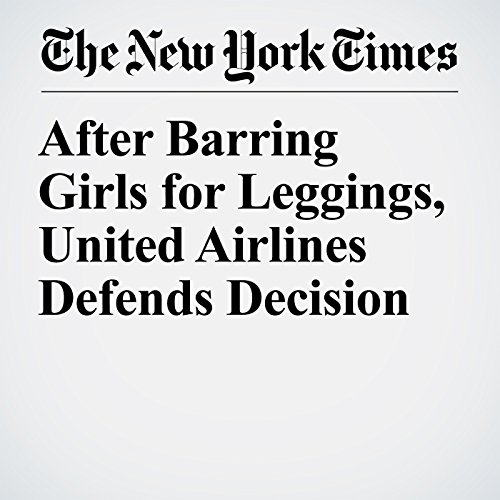 United Airlines barred two teenage girls from boarding a flight Sunday morning and required a child to change into a dress after a gate agent decided the leggings they were wearing were inappropriate. That set off waves of anger on social media, with users criticizing what they called an intrusive, sexist policy, but the airline maintained its support for the gate agent’s decision.

"After Barring Girls for Leggings, United Airlines Defends Decision" is from the March 26, 2017 Business section of The New York Times. It was written by Liam Stack and narrated by Caroline Miller.