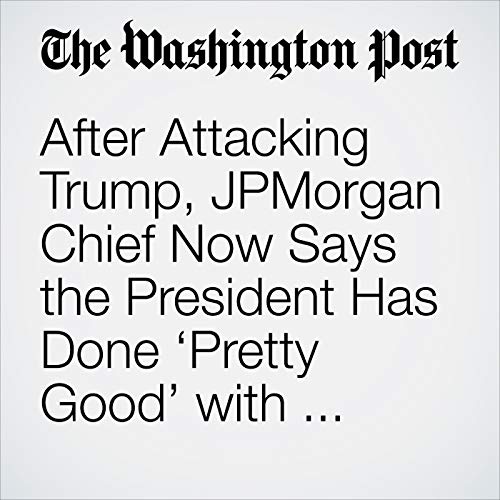 JPMorgan chief executive Jamie Dimon backed away Sunday from the sharp criticism he leveled at President Trump earlier in the week and said he was not planning to run for president himself.

"After Attacking Trump, JPMorgan Chief Now Says the President Has Done ‘Pretty Good’ with Economy" is from the September 16, 2018 Business section of The Washington Post. It was written by Steven Mufson and narrated by Sam Scholl.