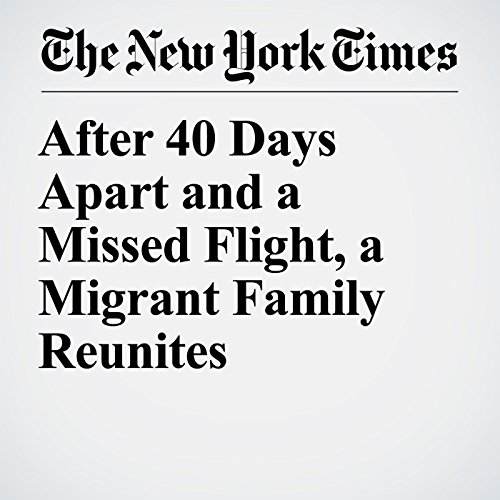 BOSTON — When Ludin was released on bond from a federal detention center this week, an immigrant rights organizer brought the 43-year-old Guatemalan mother to the Austin airport for a flight to Providence, Rhode Island, so she could reunite with the two children she had not seen in more than a month.

"After 40 Days Apart and a Missed Flight, a Migrant Family Reunites" is from the June 29, 2018 U.S. section of The New York Times. It was written by Brent Mcdonald and narrated by Mike DelGaudio.