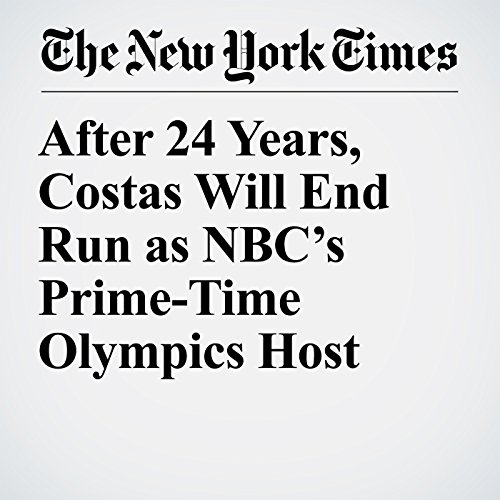 When NBC televises next year’s Winter Olympics from Pyeongchang, South Korea, a familiar face will be gone from the prime-time anchor seat: Bob Costas, who held the job for 24 years, will be replaced by Mike Tirico, who joined the network in May.

"After 24 Years, Costas Will End Run as NBC’s Prime-Time Olympics Host" is from the February 09, 2017 Business section of The New York Times. It was written by Richard Sandomir and narrated by Barbara Benjamin-Creel.