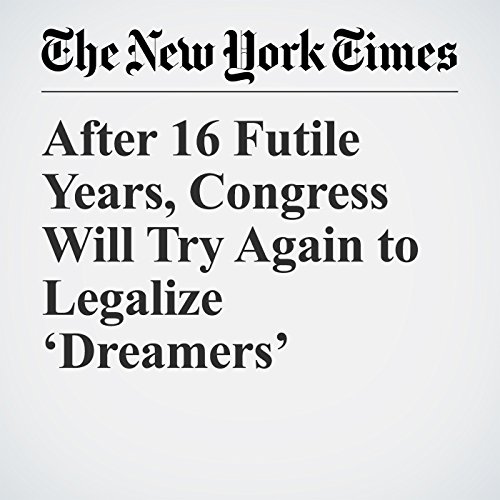 For 16 years, advocates for legalizing young immigrants brought here illegally by their parents have tried to pass legislation to shield them from deportation. The bill was called the DREAM Act, and in Congresses Democratic and Republican, and in the Bush and Obama administrations, whether by stand-alone bill or comprehensive immigration legislation, it failed again and again.

"After 16 Futile Years, Congress Will Try Again to Legalize ‘Dreamers’" is from the September 05, 2017 U.S. section of The New York Times. It was written by Yamiche Alcindor and Sheryl Gay Stolberg and narrated by Kristi Burns.