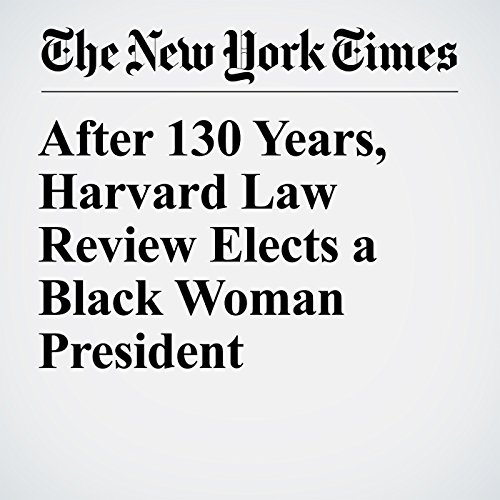 It has been 27 years since the first black man, an older student by the name of Barack Obama, was elected president of the prestigious Harvard Law Review. It has been even longer — 41 years — since the first woman, Susan Estrich, was elected to the position. Since then, subsequent presidents have been female, Hispanic, Asian-American, openly gay and black.

"After 130 Years, Harvard Law Review Elects a Black Woman President" is from the February 27, 2017 U.S. section of The New York Times. It was written by Katharine Q. Seelye and narrated by Fleet Cooper.