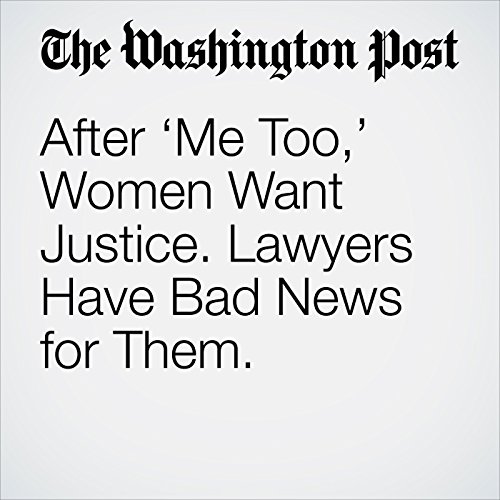 After ‘Me Too,’ Women Want Justice. Lawyers Have Bad News for Them.

She watched her son leave for high school, flipped on the flat screen and then, Alecia McNair waited. Most days, her habit was to listen absent-mindedly to “CBS This Morning” as she prepared for another day as a 53-year-old single mother. But this past fall, it seemed that every time she turned on the news, there was another story about a man who had abused his power, a woman who had finally spoken up, and — this was the part that McNair could hardly believe — an apology.

"After ‘Me Too,’ Women Want Justice. Lawyers Have Bad News for Them." is from the February 04, 2018 Lifestyle section of The Washington Post. It was written by Jessica Contrera and narrated by Sam Scholl.