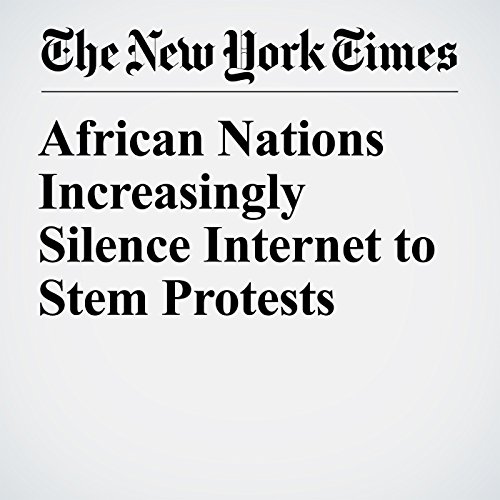 Authoritarian regimes have long limited communication with the outside world during tense times. Most notably in 2011, Egyptian government officials cut internet and mobile network access to 80 million people as thousands of protesters gathered in Tahrir Square in Cairo. Governments in Myanmar, Nepal and other countries have also shut off internet access in recent years.

"African Nations Increasingly Silence Internet to Stem Protests" is from the February 10, 2017 World section of The New York Times. It was written by Dionne Searcey and Francois Essomba and narrated by Paul Ryden.