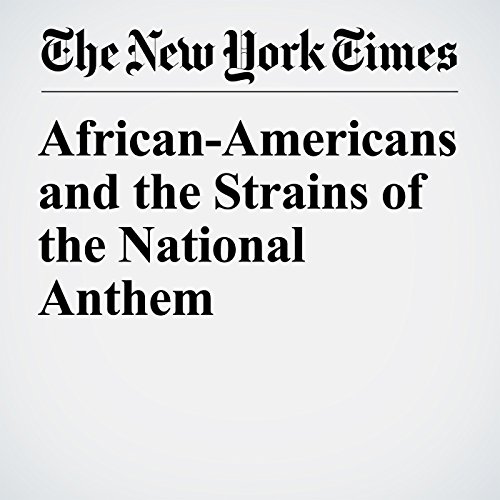 Many of us who were born black in the 1950s abandoned reverence toward the national anthem once we were old enough to grasp what the Rev. Dr. Martin Luther King Jr. meant when he said that the country had defaulted on the promises embodied in the Declaration of Independence — and had written people of color a bad check that came back stamped “insufficient funds.'’

"African-Americans and the Strains of the National Anthem" is from the June 09, 2018 Opinion section of The New York Times. It was written by Brent Staples and narrated by Kristi Burns.