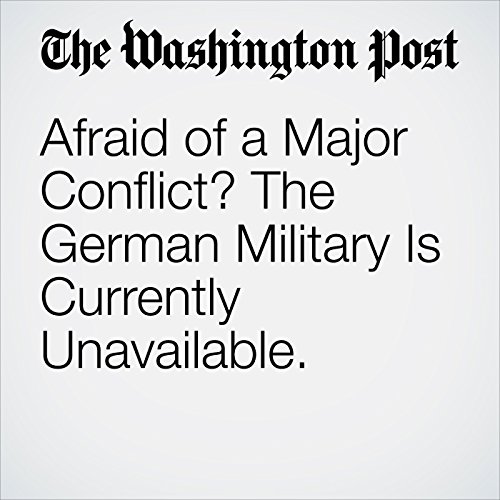 Three years ago, Germany's military made headlines when it used broomsticks instead of machine guns during a NATO exercise because of a shortage of equipment. The lack of real weapons in the European Union’s most populous nation was seen as symptomatic of how underfunded its military has long been.

"Afraid of a Major Conflict? The German Military Is Currently Unavailable." is from the January 24, 2018 World section of The Washington Post. It was written by Rick Noack and narrated by Sam Scholl.