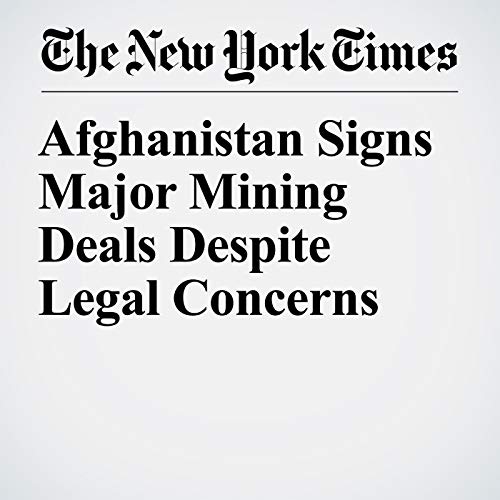 KABUL, Afghanistan — The Afghan government on Friday signed two contracts for the exploration of copper and gold deposits in the north, in a bid to move away from the country’s dependence on foreign aid by tapping its mineral wealth.

"Afghanistan Signs Major Mining Deals Despite Legal Concerns" is from the October 06, 2018 World section of The New York Times. It was written by Mujib Mashal and narrated by Kristi Burns.