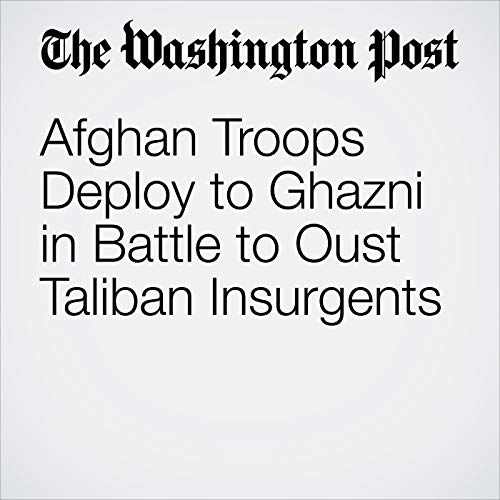 KABUL — The Afghan government deployed hundreds of additional troops to battle Taliban insurgents in the beleaguered provincial capital of Ghazni, authorities announced Monday, three days after the militants overran parts of the strategic eastern city in a massive onslaught.

"Afghan Troops Deploy to Ghazni in Battle to Oust Taliban Insurgents" is from the August 13, 2018 World section of The Washington Post. It was written by Sayed Salahuddin and narrated by Sam Scholl.