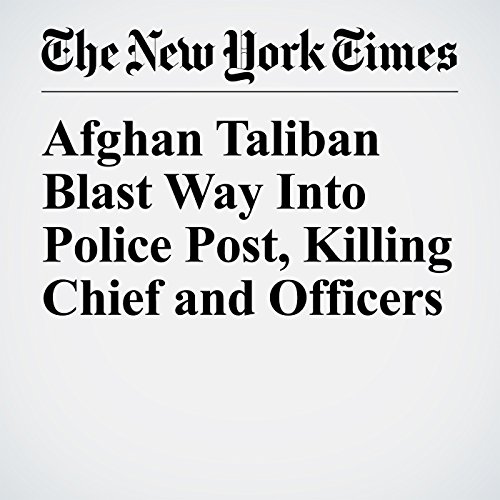 A provincial police chief and more than 20 officers were killed in eastern Afghanistan on Tuesday when Taliban gunmen in explosive vests entered their headquarters by blowing through its walls with a bomb-laden vehicle, officials said.

"Afghan Taliban Blast Way Into Police Post, Killing Chief and Officers" is from the October 17, 2017 World section of The New York Times. It was written by Mujib Mashal and Fatima Faizi and narrated by Keith Sellon-Wright.