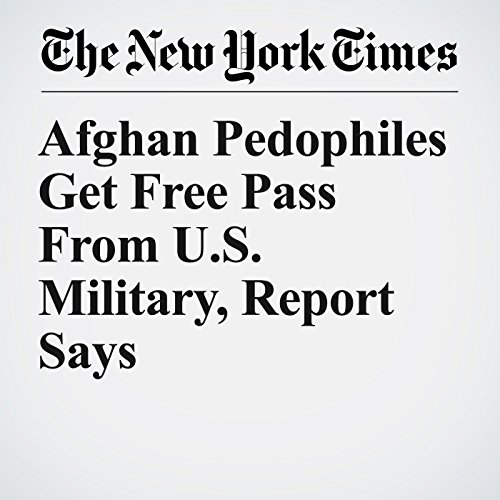 On 5,753 occasions from 2010 to 2016, the U.S. military reported accusations of “gross human rights abuses” by the Afghan military, including many examples of child sexual abuse. If true, U.S. law required military aid to be cut off to the offending unit. Not once did that happen.

"Afghan Pedophiles Get Free Pass From U.S. Military, Report Says" is from the January 23, 2018 World section of The New York Times. It was written by Rod Nordland and narrated by Keith Sellon-Wright.