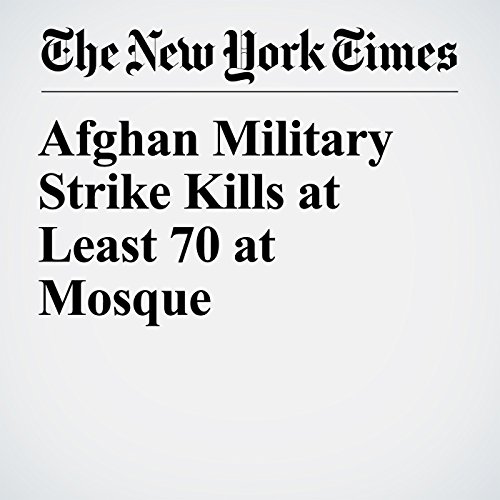 KABUL, Afghanistan — Afghan military helicopters bombed a religious gathering in the northern province of Kunduz on Monday, killing at least 70 people and wounding 30 others, according to a local official in the area.

"Afghan Military Strike Kills at Least 70 at Mosque" is from the April 02, 2018 World section of The New York Times. It was written by Rod Nordland and narrated by Keith Sellon-Wright.