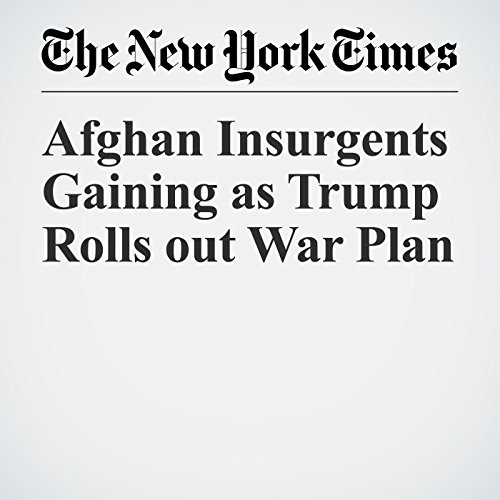 Taliban insurgents overran the government headquarters of a district in northern Afghanistan on Monday, the latest in a string of losses for Kabul, just hours before President Donald Trump was to unveil his long-delayed strategic plan for handling the nearly 16-year war.

"Afghan Insurgents Gaining as Trump Rolls out War Plan" is from the August 21, 2017 World section of The New York Times. It was written by Rod Nordland and Fahim Abed and narrated by Keith Sellon-Wright.