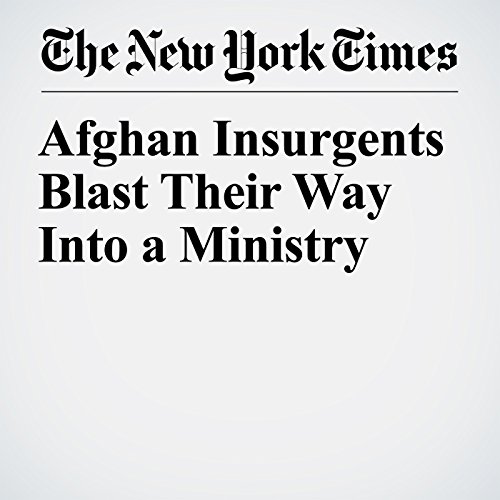 KABUL, Afghanistan — Two different teams of insurgents launched separate attacks in Afghanistan on Wednesday, killing a police chief and two of his officers in a rural province, and pinning down hundreds of government employees in a ministry building in the capital, officials said.

"Afghan Insurgents Blast Their Way Into a Ministry" is from the May 30, 2018 World section of The New York Times. It was written by Rod Nordland and narrated by Fleet Cooper.