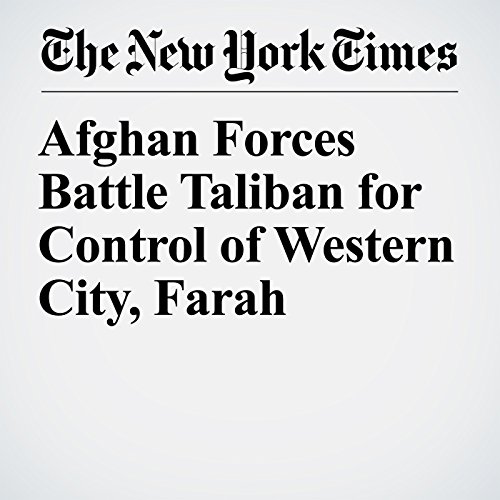 KABUL, Afghanistan — Taliban insurgents entered the capital of the western province of Farah on Tuesday, as the governor fled and Afghan security forces rushed in reinforcements, vowing to retake control, according to accounts from both government officials and insurgents.

"Afghan Forces Battle Taliban for Control of Western City, Farah" is from the May 15, 2018 World section of The New York Times. It was written by Jawad Sukhanyar and Rod Nordland and narrated by Keith Sellon-Wright.