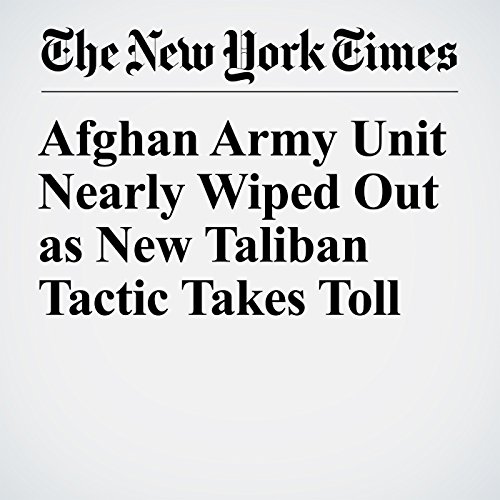 An Afghan Army unit in the south of the country was almost completely wiped out Thursday, defense officials said, in a Taliban attack that used what is becoming one of the group’s deadliest tactics: packing vehicles captured from security forces with explosives and driving them into military and police compounds.

"Afghan Army Unit Nearly Wiped Out as New Taliban Tactic Takes Toll" is from the October 19, 2017 World section of The New York Times. It was written by Taimoor Shah and Mujib Mashal and narrated by Kristi Burns.