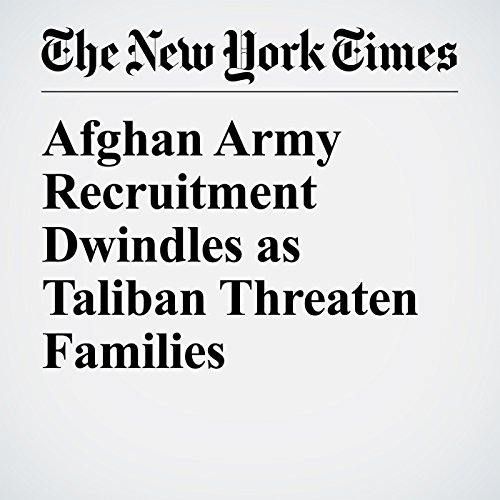 Rahimullah served in the Afghan army for two years, deployed to the bloody front lines of the southern province of Helmand. When he quit, it was not because of the combat: It was when the Taliban went after his family back home, telling them that if he didn’t leave the army there would be a fine of one Kalashnikov rifle, seven cartridge magazines and $1,000 — or worse.

"Afghan Army Recruitment Dwindles as Taliban Threaten Families" is from the November 18, 2017 World section of The New York Times. It was written by Najim Rahim and Mujib Mashal and narrated by Keith Sellon-Wright.