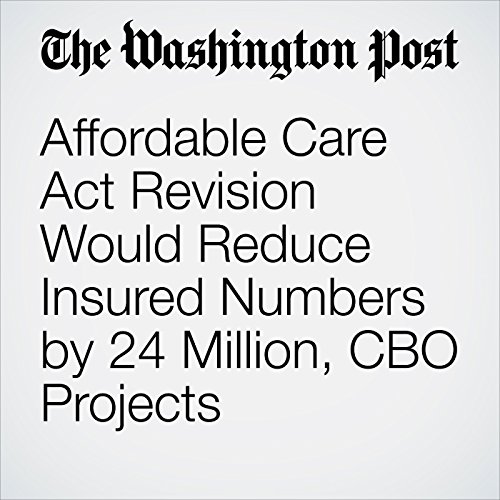 House Republicans’ proposal to rewrite federal health-care law would more than reverse the gains the Affordable Care Act has made in the number of Americans with health insurance, while curbing the federal deficit, according to a widely anticipated forecast by congressional analysts.

"Affordable Care Act Revision Would Reduce Insured Numbers by 24 Million, CBO Projects" is from the March 13, 2017 Politics section of The Washington Post. It was written by Amy Goldstein, Elise Viebeck, Kelsey Snell and Mike DeBonis and narrated by Jenny Hoops.