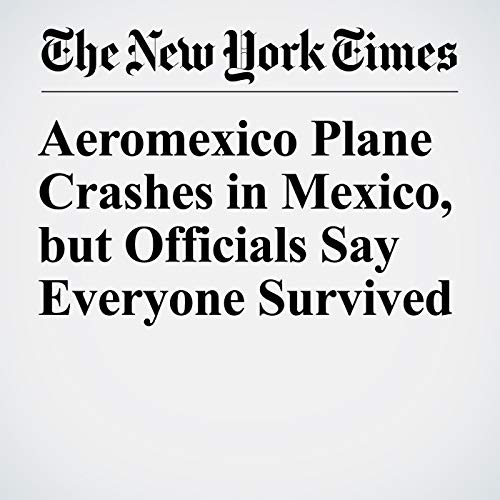 MEXICO CITY — An Aeromexico jetliner carrying 103 people crashed in stormy weather shortly after takeoff Tuesday in Mexico’s north-central state of Durango, according to Mexican officials. But in what appeared to be a remarkable survival story, authorities said none of the occupants had been killed.

"Aeromexico Plane Crashes in Mexico, but Officials Say Everyone Survived" is from the August 01, 2018 World section of The New York Times. It was written by Kirk Semple and Paulina Villegas and narrated by Keith Sellon-Wright.