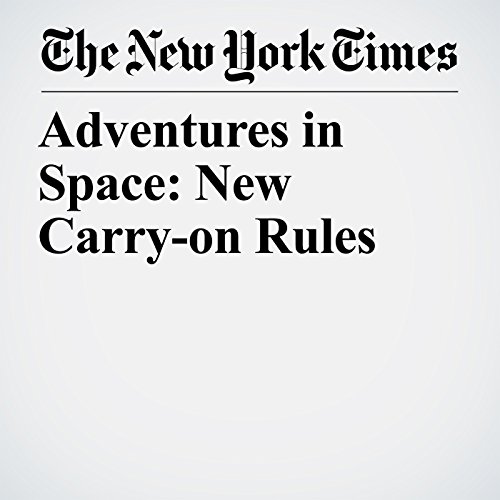 It’s the first year that United Airlines will be offering “basic economy” fares — the lowest prices on a particular flight, but with notable restrictions such as: You don’t receive a seat assignment until check-in (and sitting next to your traveling companions is not guaranteed); you’re the last to board; and you’re not allowed to bring on a full-size carry-on bag (which means no use of the overhead bins).

"Adventures in Space: New Carry-on Rules" is from the January 15, 2017 Travel section of The New York Times. It was written by Stephanie Rosenbloom and narrated by Keith Sellon-Wright.