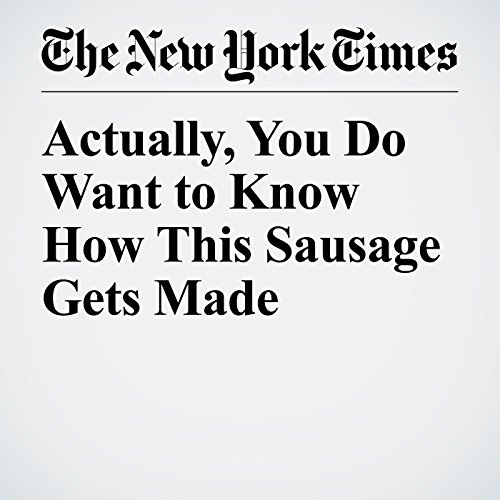 A recent study from researchers at the University of Turin, published in the journal Applied Environmental Microbiology found that salami made with wild bugs scored higher with tasters than salami made with a starter culture. The amount of acid produced by the industrial bacteria as it works over the meat might explain the difference.

"Actually, You Do Want to Know How This Sausage Gets Made" is from the December 08, 2017 U.S. section of The New York Times. It was written by Veronique Greenwood and narrated by Mike DelGaudio.