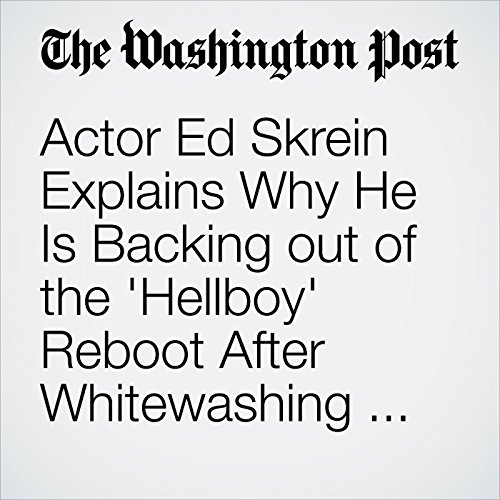 A week ago the 34-year-old British actor tweeted that he would be playing Major Ben Daimio, a character that was Asian American in Mike Mignola’s “Hellboy” comics. The news was met with complaints that Hollywood was once again “whitewashing” an Asian character.

"Actor Ed Skrein Explains Why He Is Backing out of the 'Hellboy' Reboot After Whitewashing Criticism" is from the August 29, 2017 Comic Riffs section of The Washington Post. It was written by Herman Wong and narrated by Sam Scholl.