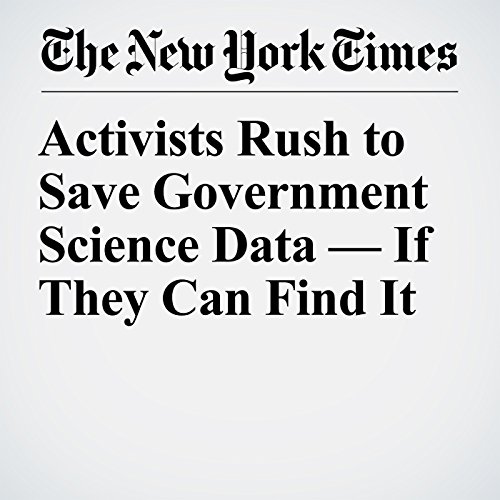 In a Trump administration that has made clear its disdain for the copious evidence that human activity is warming the planet, researchers feared a broad crusade against the scientific information provided to the public.

"Activists Rush to Save Government Science Data — If They Can Find It" is from the March 06, 2017 U.S. section of The New York Times. It was written by Amy Harmon and narrated by Caroline Miller.